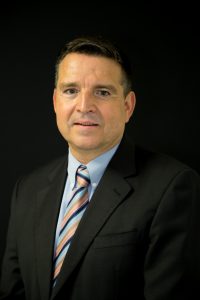 Armed with a strong fundamental holistic and reputable education provided by the University of Lausanne, Switzerland, under Lucas Medal winner Professor Pierre Margot, Claude migrated to Australia in 1996. He has been pivotal to the development of forensic science in his adopted country over the past 21 years, promoting it from an embryonic and disparate domain to a research-based and coherent discipline of international standing. He developed and led the first undergraduate degree and PhD program in forensic science in Australia. This resulted in a much-needed cultural change. In 2002, he became the founding Director of the UTS Centre for Forensic Science (CFS  – a University Research Strength). Today CFS is considered to be one of the world’s leading academic institutions in forensic science. He has achieved and sustained an international reputation in forensic science education and research and has contributed to promoting Australia as a global leader in this field. His work in forensic science research, education, training and ethics has had a significant impact worldwide. He has provided new tools, evidence-based information and data for a more reliable use of science in the courtroom, in investigation and intelligence. His research has also had an impact on homeland security through strong partnerships with law enforcement, defence and analytical industries. 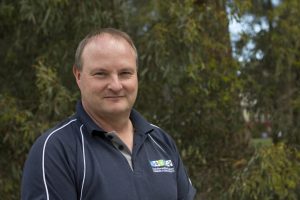 Chris obtained a PhD in Chemistry (Forensic Science) from the Australian National University in 1986 before taking up a postdoctoral position with the School of Forensic Science at the University of Lausanne, Switzerland. He returned to Australia in 1994 to work for Forensic Services, Australian Federal Police (AFP), initially as Coordinator Laboratory Services and then as Manager Forensic Operations Support. In this latter role, he was the Chief Scientist, responsible for coordinating forensic research and development across the AFP’s forensic portfolio. In October 2006, he moved to the University of Canberra and took up the role of Professor of Forensic Studies (Head of Discipline). After 8 year in this position, he relocated to Sydney in 2014 to the forensic science program at Western Sydney University (Hawkesbury Campus, Richmond). His research interests include the forensic analysis of trace evidence, the evaluation of portable equipment for forensic applications, and the detection of finger-marks. He has published several book chapters and over 130 articles in international peer-reviewed journals, and he is a co-author of the textbook “Fingerprints and Other Ridge Skin Impressions” (CRC Press, 2nd edition published in 2016). 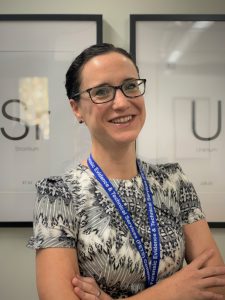 Dr Jennifer RAYMOND graduated with a BSC (Hons) in Forensic Science at the University of Technology Sydney in 2001. She joined the NSW Police Force Forensic Services Group (now FETS) in 2002 as a civilian crime scene examiner, and has served in a variety of roles within the FETS since that time, including as a volume crime SOCO and in the Forensic Armed Robbery Unit. From 2007 to 2012 she was a member of the Specialist Location & Recovery UniT, and then as a major crime scene examiner at Chatswood Crime Scene Section. Since 2007 Jennifer has assisted in the investigation of over 100 homicides. She is also qualified footwear mark examiner, serving as the chair of the Shoe & Tyre Scientific Working Group, the national body for the development of this discipline, from 2013-2017. Jennifer is the President of the NSW Branch of the Australian and New Zealand Forensic Science Society, and a member of the International Association of Identification, and the Australian Academy of Forensic Science.

In 2010 Jennifer completed a PhD thesis in Forensic Science at the University of Technology, Sydney, on the characteristics of trace DNA evidence and its use in volume crime. Her research has been published in the international journals Forensic Science International: Genetics and the Journal of Forensic Identification.

She is currently the Research Coordinator for the FETSC, a newly created position in 2016. Her remit is to coordinate all research projects for the FETSC, across the diverse range of forensic disciplines, and to create partnerships with external collaborators including universities and other forensic service providers. Current projects include an investigation into service providers of genetic genealogy, the technique used in the Golden State killer case. 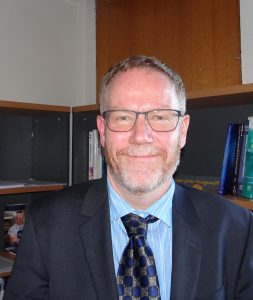 Professor Curran joined the Statistics Department at the University of Auckland in 2005 after six years at the University of Waikato. Professor Curran’s research focuses on statistical problems in forensic science. These range from issues associated with the statistical assessment of the weight of evidence, to modelling and data analysis involved in the fundamental science behind new forensic techniques and evidence types. He is currently the President of the New Zealand Forensic Science Society (and the Vice-President New Zealand of the Australian and New Zealand Forensic Science Society). He is also the Editor-in-Chief of the Australian and New Zealand Journal of Statistics, and a past-President of the New Zealand Statistical Association. He serves on the editorial board of Forensic Chemistry. Professor Curran is a Fellow of the United Kingdom’s Charted Society of Forensic Sciences (CSFS). 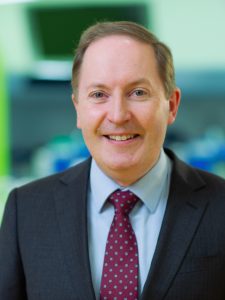 Professor Wallman is Dean of Science at the University of Technology Sydney (UTS). He was previously Head of the School of Life Sciences at UTS, Head of the School of Biological Sciences at the University of Wollongong and lectured in the departments of Zoology and Environmental Biology at the University of Adelaide. He is an authority on the flies and other insects infesting dead and living humans and other animals, with a special focus on their application to forensic science, and has published extensively in journals and books on this topic. He has acted as a consultant in forensic entomology to police agencies in the Australian Capital Territory, New South Wales, Queensland and South Australia for more than 25 years, and provided expert testimony for both the Crown and defence in many committal proceedings, trials and inquests. He is a Fellow of the Royal Entomological Society and the Faculty of Science of the Royal College of Pathologists of Australasia. He has been Chair of the Medical Sciences Specialist Advisory Group and Executive Secretary of the Australian and New Zealand Forensic Science Society. 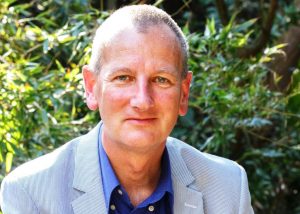 Professor Adrian Linacre  graduated with a 2.1 honours degree in  Zoology from the University of Edinburgh in 1984 and then  completed a PhD (D.Phil.) in Molecular Genetics from Sussex university in 1988. He was employed as a Post-Doctoral Research Fellow at the University of Sussex from 1988 to 1994 before taking up a lectureship in Forensic Science, University of Strathclyde from 1994. In 2010 he became the inaugural South Australia Justice Chair in Forensic Science & Emerging DNA Technology at Flinders University. Adrian has published over 170 publications in international peer reviewed journals and is co-author of the text book ‘An Introduction to Forensic Genetics’, Willey Press (2nd edition published in December 2010). He was President of the Australian & New Zealand Forensic Science Society from 2016 to 2020. He has authored over 500 Court Reports or Witness Statements and was a Registered Forensic Practitioner in the area of Human Contact Traces (DNA, Body Fluids and Blood Pattern Analysis) from 2004. He was Chair of 25th  Congress of the International Society for Forensic Genetics (ISFG) and chaired the ISFG Commission into the use of non-human DNA in the criminal justice system. In 2020 he was recognised in the Queen’s Birthday honours with the Medal of the Order of Australia. 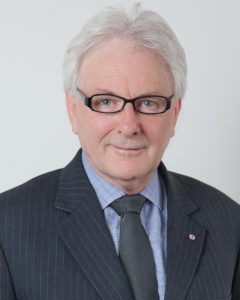 A/Professor Alastair Ross
Alastair is a former director of the ANZPAA National Institute of Forensic Science (NIFS), Australia being the inaugural Director from 1992 to 2003.

From 2003 to 2008 Alastair was Director of the Victoria Police Forensic Services Department, a full service forensic facility with over 300 staff. He returned as director of NIFS from 2008 to 2015. Alastair holds a Graduate Diploma in Business Administration and a Master of Applied Science (Research) from the University of South Australia. Alastair received the Adelaide Medal from the International Association of Forensic Sciences for international contributions to forensic science in 2002 and the John Harber Phillips Award in 2017.  He is a life member of the Australian and New Zealand Forensic Science Society (ANZFSS) and a Member of the Order of Australia (AM). 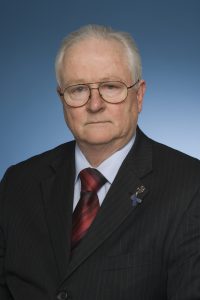 It is with great regret that we acknowledge the passing of Doctor Tony Raymond AM.

Dr Raymond was a practising forensic scientist and science manager since 1978 and gave related expert evidence in a number of jurisdictions. Tony was the Director of the Zimbabwe Republic Police Forensic Laboratory (1981/82) prior to immigrating to Australia. He was a past president of the ANZFSS and past Chairman and International Liaison Officer of the SMANZFL Network. He served as Chair of the NATA Accreditation Advisory Committee. Dr Raymond held the positions of Director and Chief Scientist, Forensic Services Group of the New South Wales Police Force and Director, NIFS. Tony has a number of presentations, journal publications and book chapters to his credit. He was most recently an adjunct professor at Western Sydney University until his passing in 2020. Dr Raymond was made a Member of the Order of Australia in 2010 ‘For service to forensic science in the field of law enforcement.” In 2014, he was awarded the international Association of Forensic Sciences Adelaide medal and the Australia New Zealand Policing Advisory Agency NIFS John Harber Phillips award for his contribution to the forensic sciences. In 2017, Tony was awarded the Commissioner’s Commendation for DNA related service.